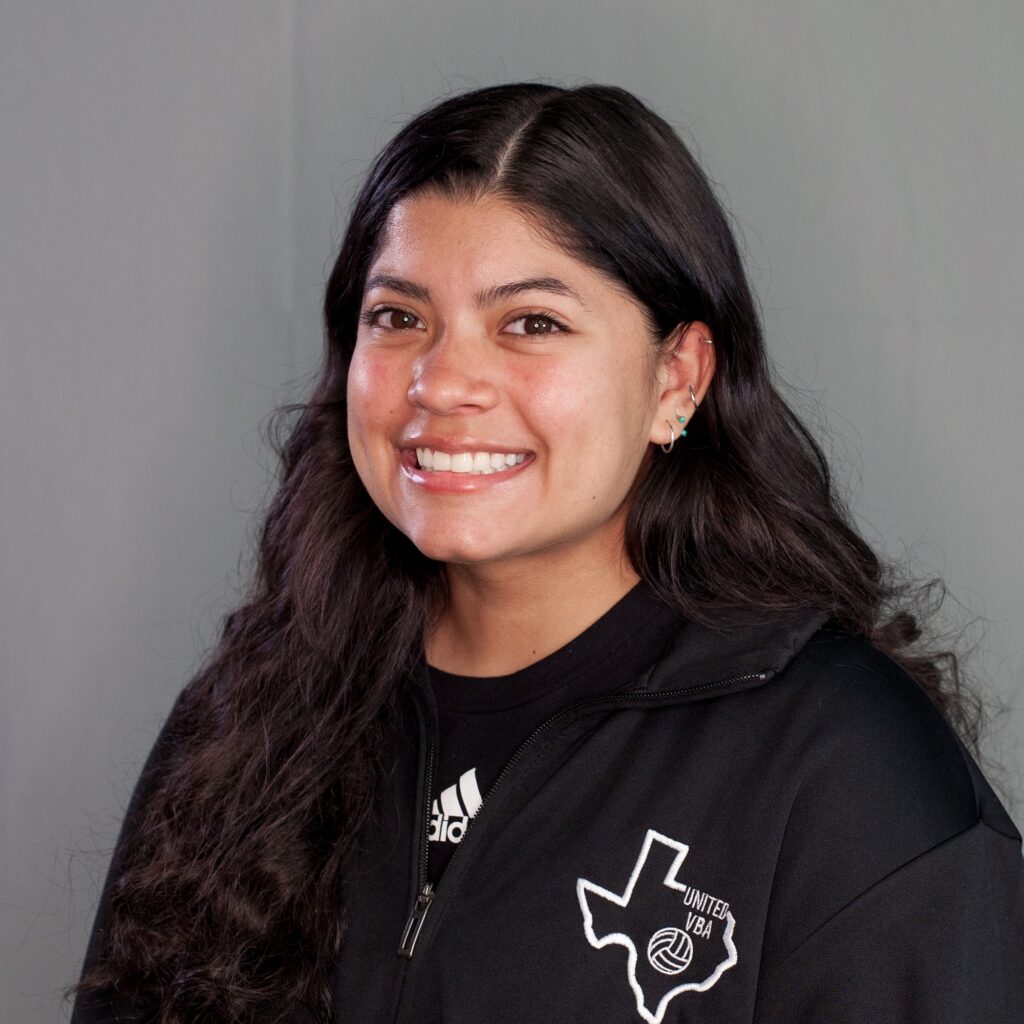 Coach Dani is an alum from United VBA and graduated from Judson High School. Her freshman year of college Coach Dani played at Schreiner University as a DS/L. She then went to complete her second year of college playing at Huston-Tillotson University where they took the Red River Championship for the first time in the school’s history. Coach Dani played club volleyball for 10 years on a National Team as a Libero/DS/Setter – first at SA Magic for 8 years then her final 2 years at Centex/United VBA. This will be her second club season as a coach at United VBA. She now attends Texas State University and is pursuing a degree in coaching and teaching. Go Cats Go!